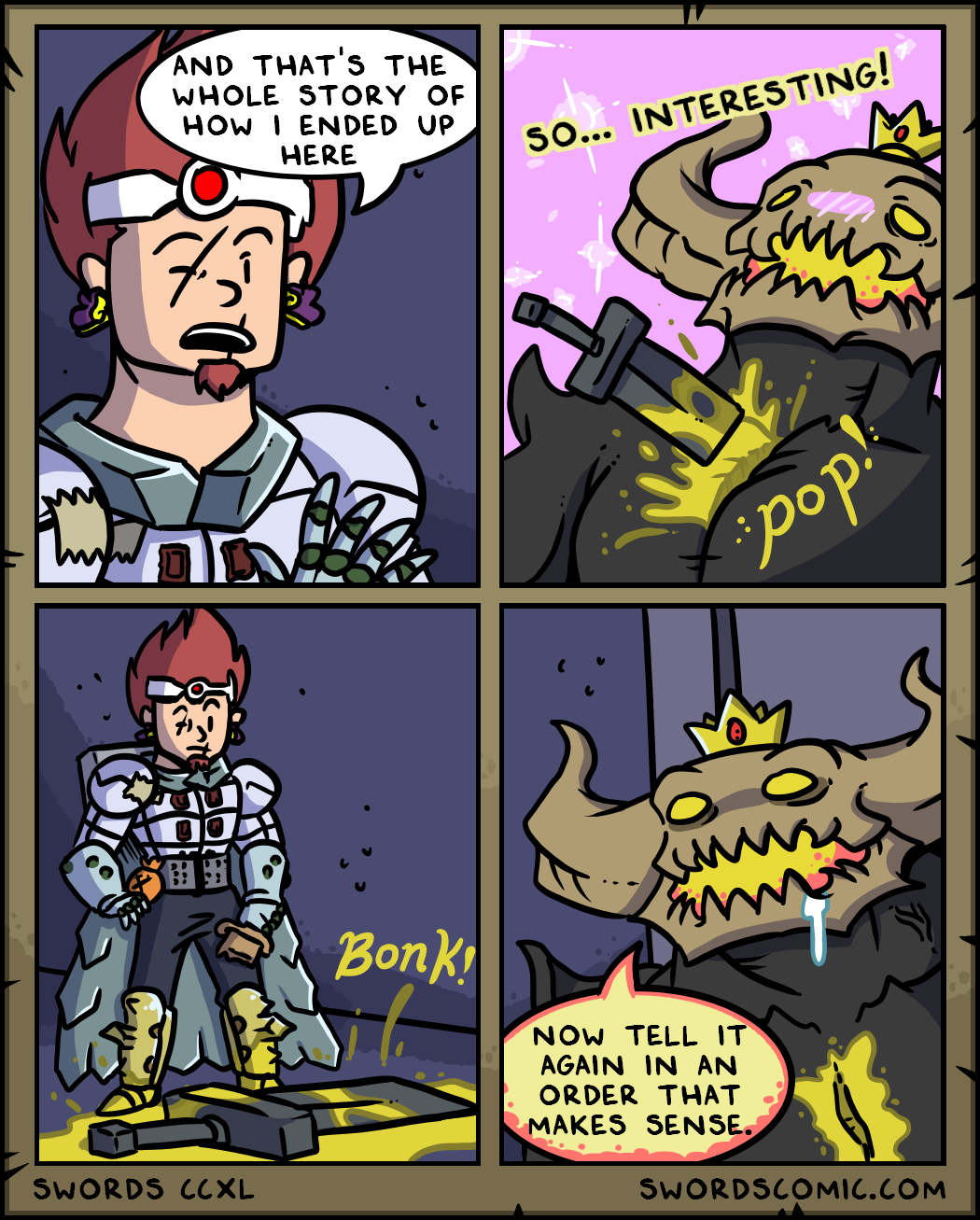 The story so far is really simple, actually. The Demon Sword of Boundless Hunger, a monster that existed before time and space, got sealed underground, then got eaten by a goblin, then got eaten by Prince Parry Hilton of Hiltshire, then got eaten by a zombified version of King Xiphos, the Barbarian King. In his new Demon King body he left the Swor'nament to pursue Smith the Blacksmith, the fake King Xiphos, who has one of the remaining Godswords, Kargob's Fang. Then the Bread Knight came along and messed it all up. What a dummy.

bread knight: And that's the whole story of how I ended up here

The boredsword POPS! out of the Demon Kings chest and BONKS! on to the floor in front of the Bread Knight

Demon King: Now tell it again in an order that makes sense.

Joy seals Demon King with magic sword, dumb idiot man tries to rescue her and frees the demon instead