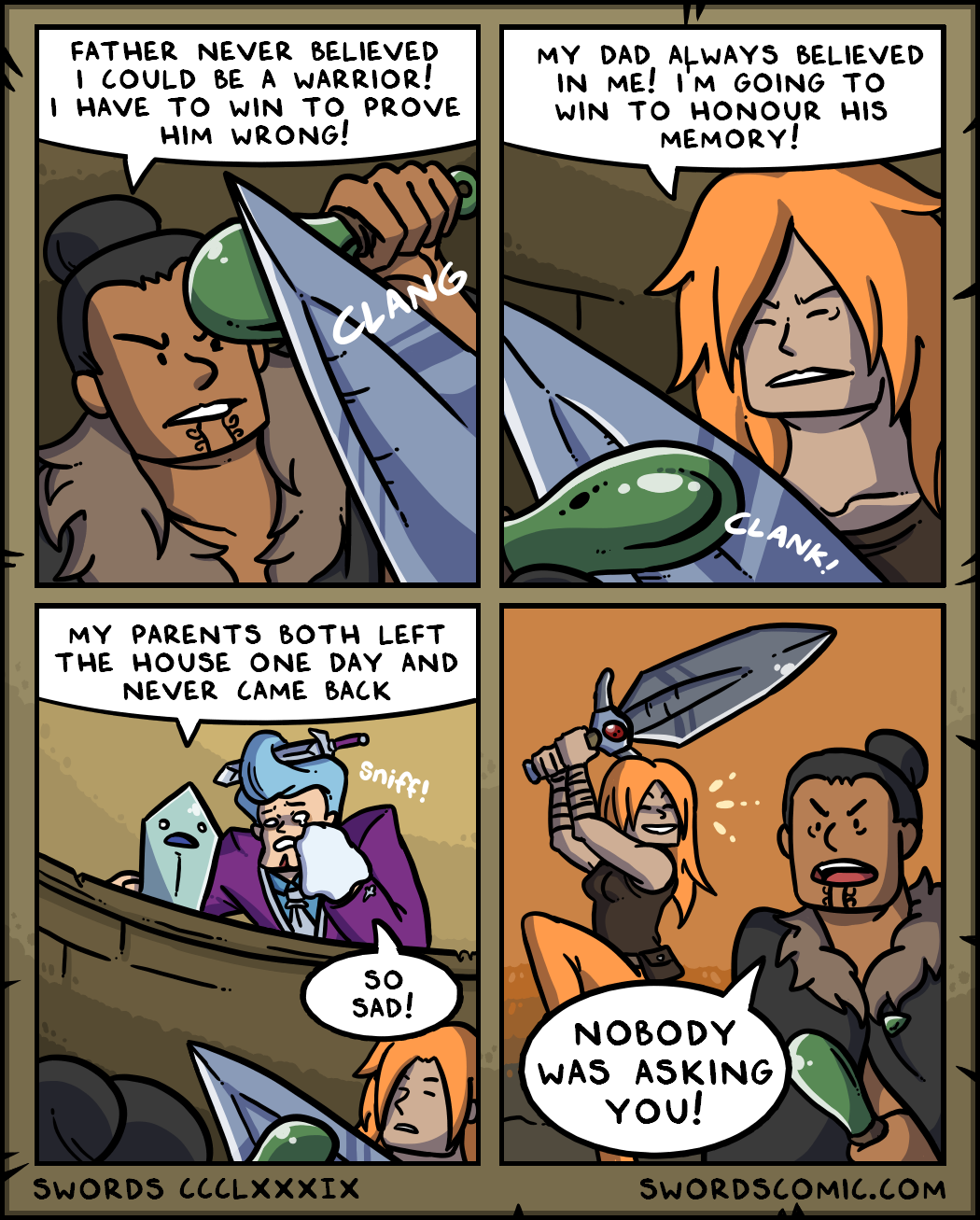 New Zealand has moved in to Stage 3 of its isolation plan, with Stage 4 tomorrow, so I am now working from home. I only have 4 cans of beer to last me the next month. Help.

mere: Father never believed I could be a warrior! I have to win to prove him wrong!

joyeuse: My dad always believed in me! I'm going to win to honour his memory!

chad: My parents both left the house one day and never came back.

While Mere is distracted, Joyeuse is ready to swing her sword

mere: Nobody was asking you!