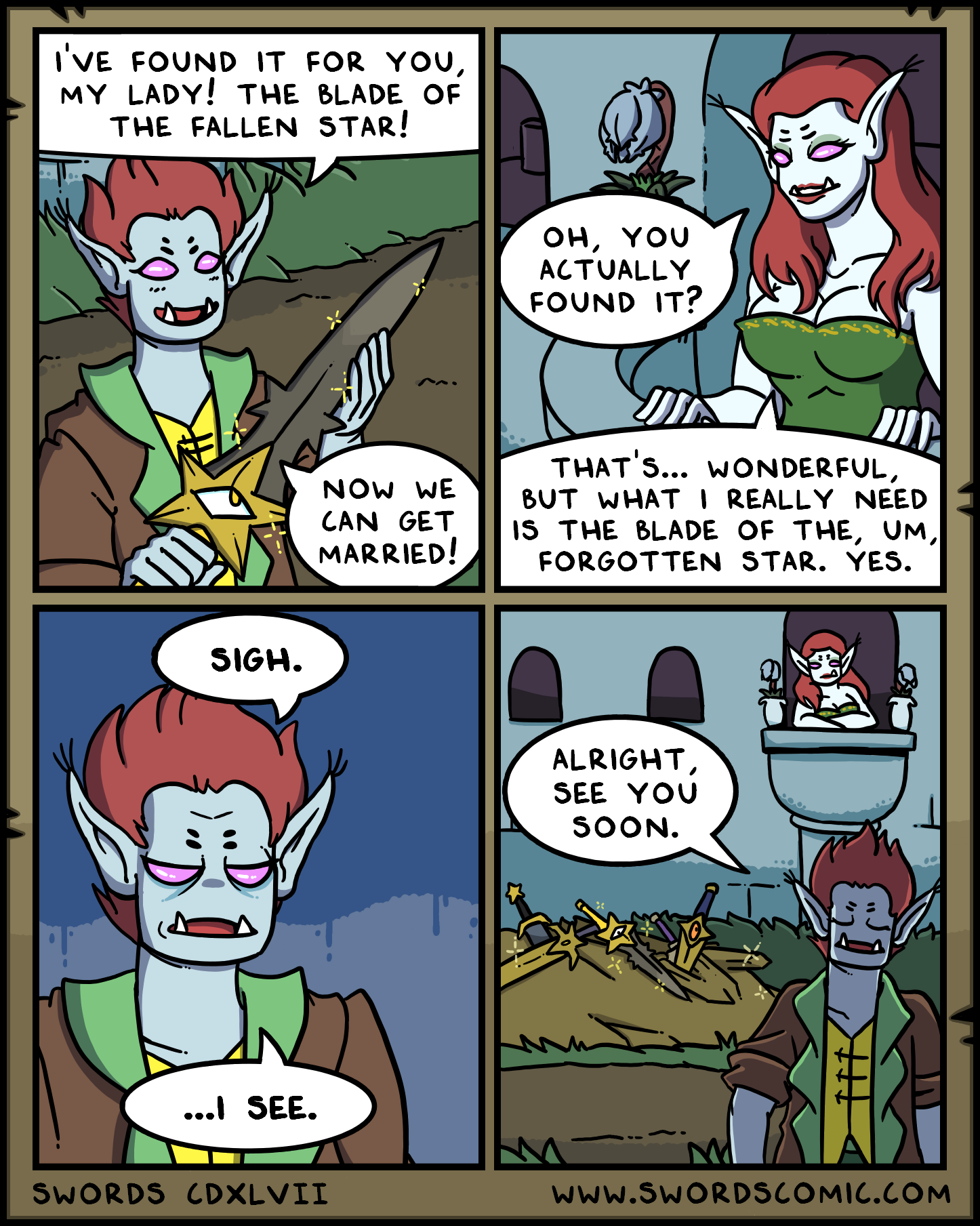 Hello, I took a longer break than I meant to. Here's a comic! The prompt is "Star"

Male Elf: I've found it for you, my lady! The Blade of the Fallen Star!

Male Elf: Now we can get married!

Female Elf: That's... wonderful, but what I really need is the Blade of the, um, Forgotten Star. Yes.

If you were looking for the Blade of the Crestfallen Star, that was him just now.