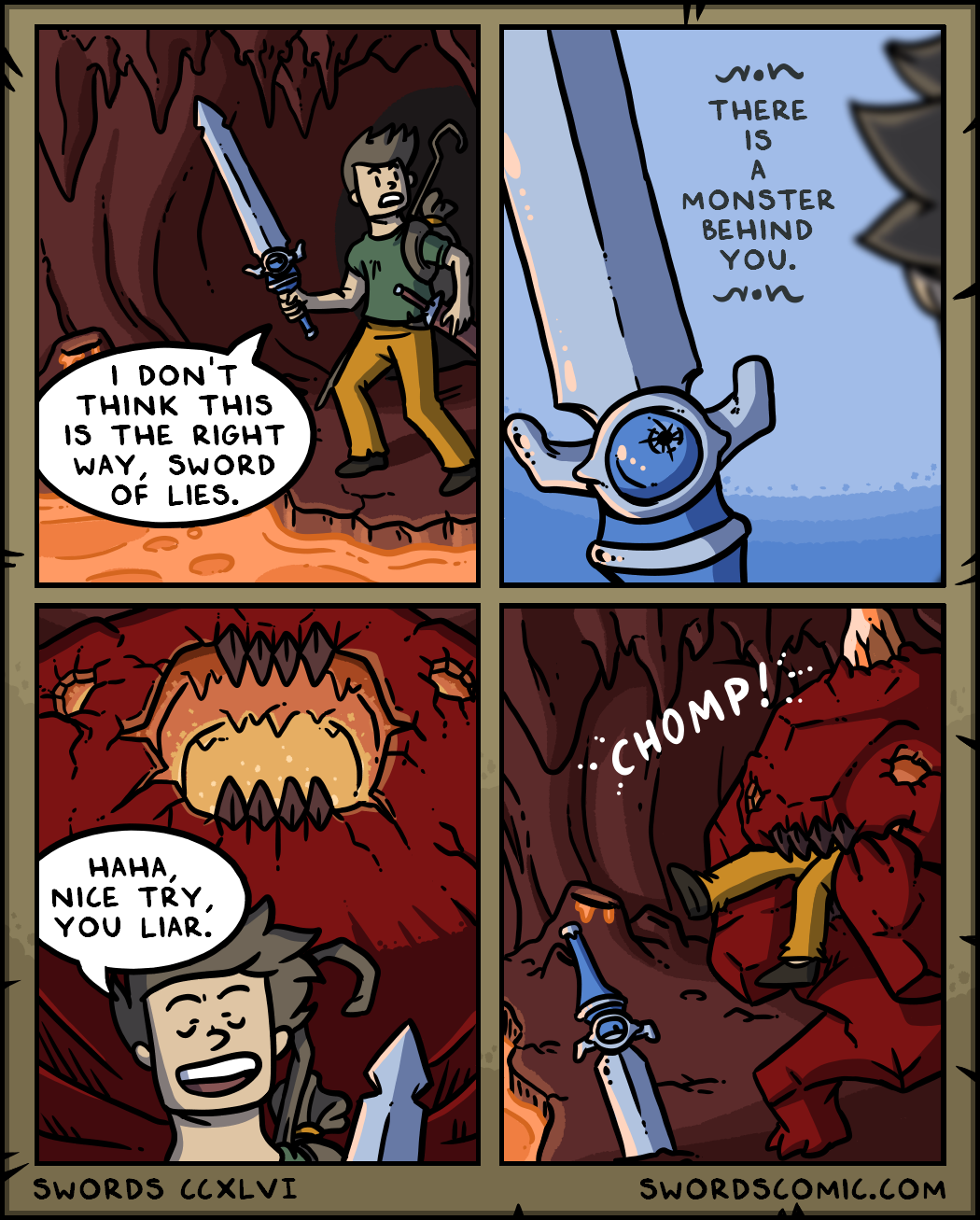 CCXLVI - You Can't Handle The Truth

It turns out if you ask the Sword of Truth for directions, but assume all those directions are lies, you'll quickly find yourself in a comical underground cavern filled with lava and spooky magma monsters.

As you may well know, 'The Sword of Truth Returns' was a comic that temporarily broke the internet, and there are a lot of edits out there. Unfortunately, a lot of them are convinced that the Sword of Truth really is the Sword of Lies and so it's very hard to tell which side most of those edits are arguing against. I think a lot of it has to do with the sword being introduced as a lying sword in the first panel - once you've been told something in the setup its very hard to reprogram that thinking during the following panels. Certainly something to ponder over for next time!

Naive Adventurer: I don't think this is the right way, Sword of Lies.

sword of truth: There is a monster behind you.

He deserved to be eaten by that monster and that's probably the truth.