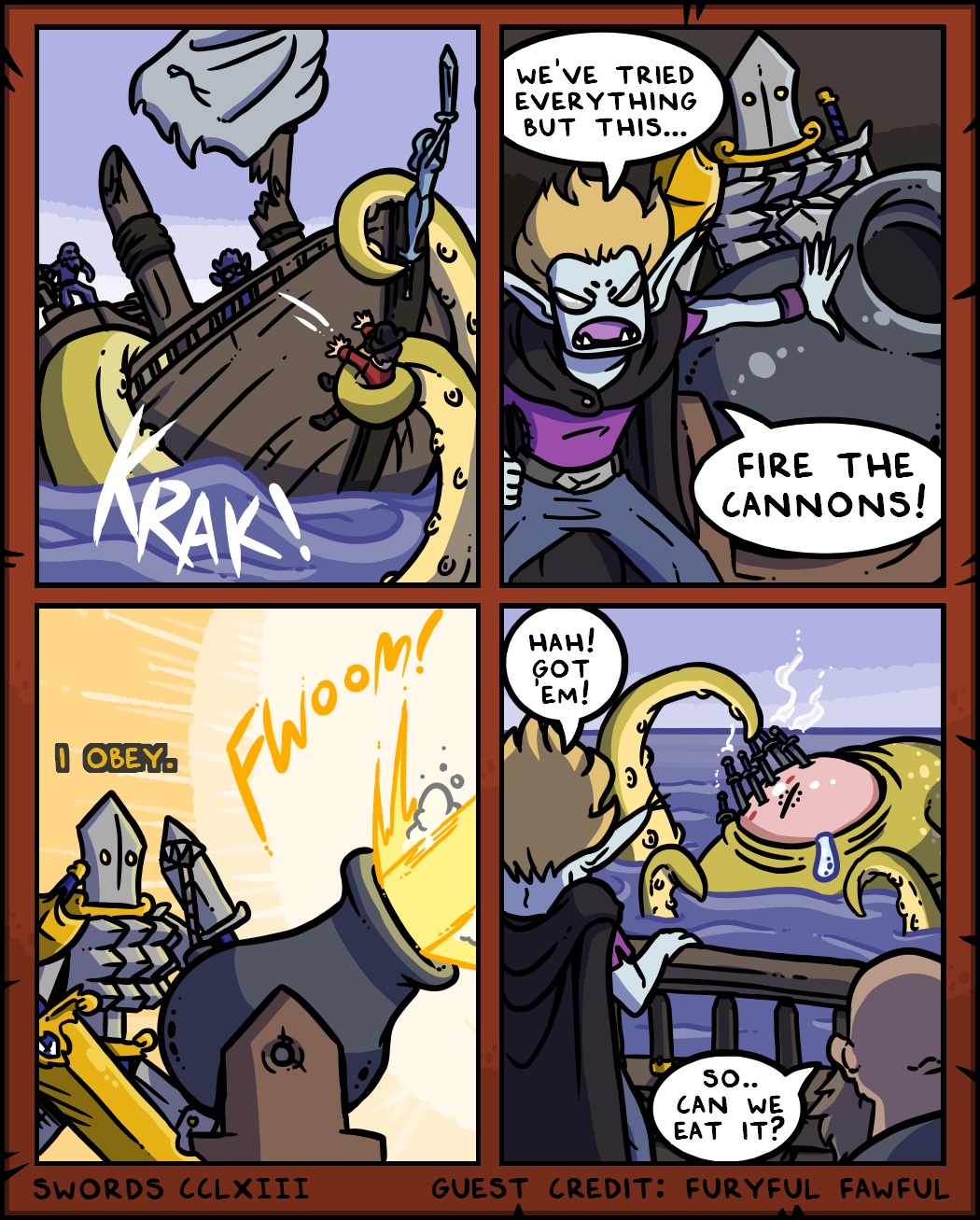 Thanks to Furyful Fawful for today's comic; and to the members of the Discord community for playing Swords DnD and coming up with lots of cool characters to draw from.

You may notice an influx of comics this weekend - having received a large number of new Patreon supporters, it just seems like a good idea to catch up on the many guest comics that are still waiting to be done. If you want to see your own characters appear in the Swords universe, consider supporting Swords on Patreon: https://www.patreon.com/swordscomic

A Kraken is pulling down a ship, with a loud KRAK!

mordecai the pirate elf: We've tried everything but this... FIRE THE CANNON!

The cannon fires with a FWOOM!, the Kraken gets a cluster of swords stuck in its eye

Why have a regular Sword Golem when you can have a blinged up Sword Golem?