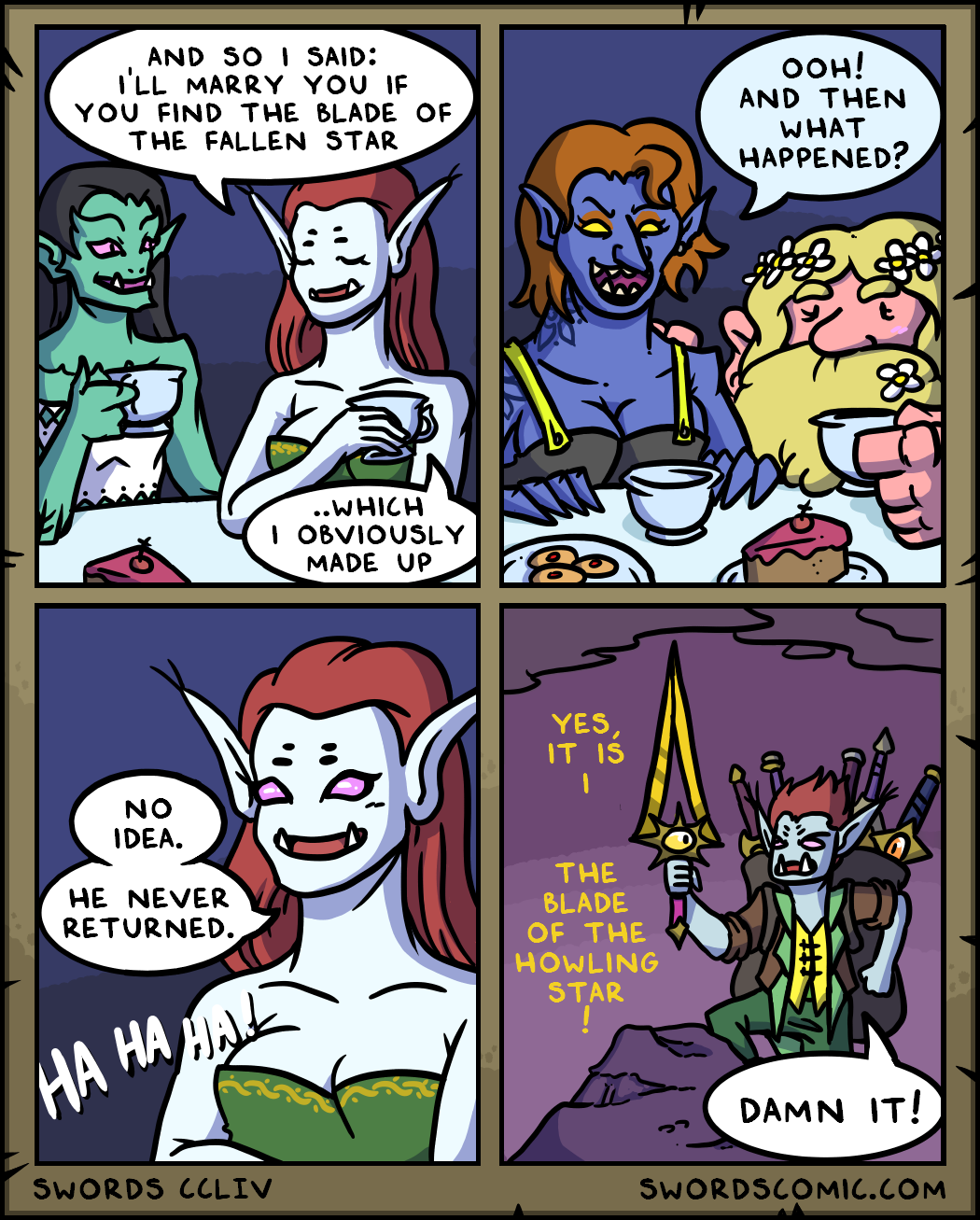 I try to keep a good number of female characters in the mix, but I hadn't done many for the non-human species, so... enjoy.

An elf, an orc, a troll and a dwarf are having tea together

Female Elf: And so I said : I'll marry you if you find the Blade of the Fallen Star... which I obviously made up.

Female Troll: Ooh! And then what happened?

Meanwhile, in a distant land:

Golden Sword: Yes, it is I! The Blade of the Howling Star!

I personally prefer "Damnit" but some of you were, quite frankly, complaining about it too often.