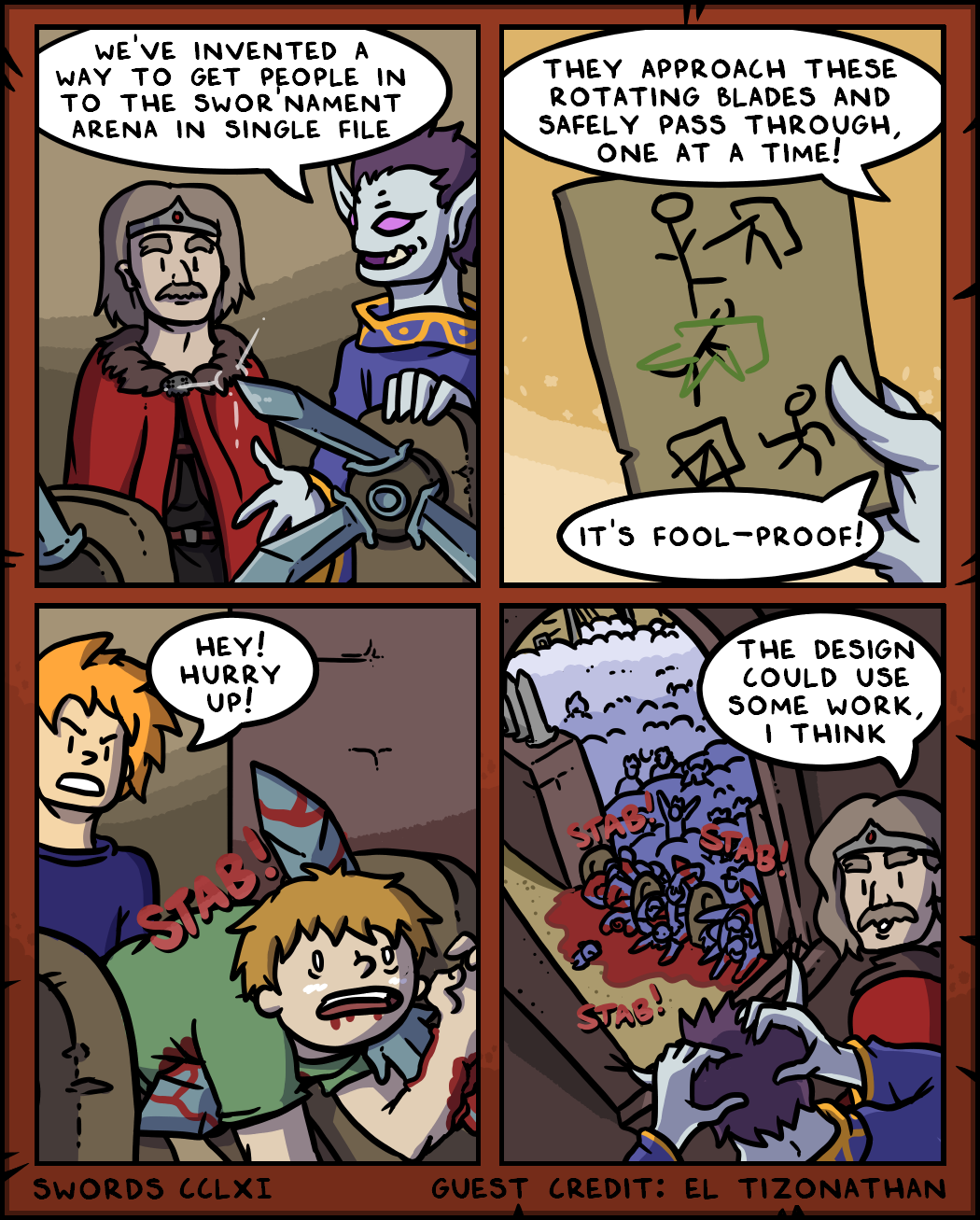 Ed, the Bad Idea Elf: We've invented a way to get people in to the Sworn'nament Arena single file

Ed, the Bad Idea Elf: They approach these rotating blades and safely pass through, one at a time! It's fool-proof!

Other peasant is being impaled on the Spinning Blade contraption

king hilton: The design could use some work, I think.

I hope that head doesn't want its own seat